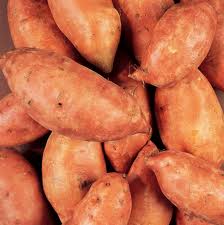 If you watched Sex and the City 2, you probably remember Samantha’s uproar, when officials at the Dubai airport confiscate from her luggage what they assume are illegal drugs. Samantha shrieks to no one in particular, “They’re natural!” Later, she nearly loses her mind when she fears that living a week without hormones will thrust her right back into menopause. Throughout the remainder of the girls’ stay in Dubai, Samantha devours yams by the truckload—even going so far as to don a yam mask, out of sheer desperation. But, in the end, even if taking them is supposedly unlawful in Dubai, the girls discover Muslim women have a yen for these yams in hormone form. (Someone holds up a book to bypass the, “Wait, I don’t speak Arabic,” conflict.)

Everyone, it seems, is talking about them. Suzanne Somers has written books about them, and Oprah has brought her on as a guest espousing the benefits of them. What are they?

This term, like Brangelina and TomKat, looks like a combination of “biological” and “identical.” Several definitions were available online so I’ll try to combine them here to form a complete picture. Bioidentical hormones are meant to relieve the symptoms of menopause, and are derived from plant sources (such as yams or soy) with a molecular structure identical to what the body produces.

Though it sounds like everyone should be on board with the safety of these “natural” compounds, this is where the controversy arises. One side of the medical community, as well as the drug company that produces Premarin (Pregnant Mare Urine), argues there is no evidence to support that Bioidentical Hormone Replacement Therapy (BHRT) is any safer for women than Conjugated Estrogens, such as those found in Premarin. (By its strictest definition, it should be noted that Premarin can also be defined as natural, given that it is derived from an animal source (horse pee), but for purposes of distinction, it will be referred to as Synthetic HRT. Many folks might not agree that ingesting pee of any kind is “natural,” but, technically, there you have it.)

The controversy seems to center around pharmacies “compounding” these hormones for women, often based on saliva or blood tests. Opponents argue that hormone levels alter too much for this to be an effective measure, and that these tests indicate nothing. They further argue that compounded hormones, without regulation, may not contain the dosages the pharmacies say they have—the word efficacy pops up a lot—and, given that they are not FDA approved, they are not required to report side effects with the compounded Bioidenticals.

Say what? Not FDA approved?

However, FDA approval doesn’t guarantee a product’s safety. Nor should we assume that lack of FDA approval means a product isn’t safe. I tried to determine if there were differences in levels of safety between compounded Bioidenticals (those mixed at a pharmacy) and patented Bioidenticals with FDA approvals (you can’t patent yams, but you can patent the process that makes the hormones more absorbable), but no studies comparing the two types of BHRT were available. Given that the compounded Bioidenticals are under greater fire (or so it seems), it makes me wonder who is creating all the hoo-hah.

For these drug companies to get FDA approval, they must spend gazillions of dollars in research, and years of study to prove they’re at least somewhat safe. Hmmm . . . could the drug companies themselves be the ones raising such a stink about the non-FDA approved BHRT (the ones without expensive patents)? Nah, couldn’t be.

Even though FDA approved Bioidenticals carry the same black box warning as Synthetic HRT, such as Premarin—black box is the strongest warning available—proponents of BHRT argue that by its definition, BHRT is identical to what the body produces, and therefore is safer for that very reason. Unlike Synthetic HRT, Bioidenticals don’t have stuff left over that the body can’t use, and this, defenders argue, is what causes all the problems. In the nether reaches of my brain, this idea makes sense. Then again, I’m a writer, not a chemist.

Prior to the introduction of hormones to help us through menopause, women somehow got through it. Oh, I’ll bet they supplemented with herbs from nature. And I’ll bet they wished sometimes they had something stronger to make the transition more bearable. But overall, they got through it all right. Then again, at that time women didn’t live as long as they do now. And it’s fair to say they weren’t as preoccupied with stopping the aging process like they are now—something else these magical hormones supposedly do, only without the bad things like cancer and stroke associated with synthetic HRT. Sounds like a magic wand, doesn’t it? Or maybe, a fairy godmother.

One thing’s for sure. Given BHRT’s newfound celebrity status, it isn’t going away anytime soon. As for its level of safety, who knows? Suffice it to say the jury is still out. The cautious middle-grounders suggest if you’re going to take hormones of any kind, take them at a low dosage, and for as short a time as possible, just long enough to get you through menopause. Samantha may have had the right idea. We could always try eating more yams every day. Thank goodness that’s still considered safe!

Good information about the use of various treatments can be hard to come by.  Dr. Mattingly, D.C. is happy to provide you with the information you need to make informed decisions regarding menopause relief.  Please contact him to set a time for a free consultation.

The True Cause of Sinus Headaches

Why You Should Consider Chiropractic for TMJ Pain

What Is Carpal Tunnel Syndrome?