Dr. Mattingly, D.C. is proud to be able to continue the series of blogs by Carolyn Carter on the subject of menopause.  He hopes that they are useful and informative for those in need of them. 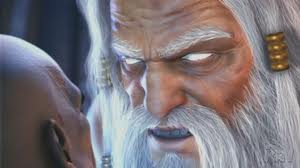 A friend of mine, fairly mild-mannered and patient, was involved in an incident recently where a little old lady cut her off in traffic. Normally, this friend might have muttered a little under her breath, but in the end (given the advanced age of the aforementioned driver) she would have tapped her brakes and shrugged the whole thing off. Instead, this friend breathed literal fire and cursed the elderly woman with Zeus-like zeal. Later, when relating the story to me, she expressed great remorse and a fear that she was losing her mind.

Perimenopause and menopause can be mentally as well as physically daunting. For some, it can feel like the end of something, triggering a vague sense of loss, rather than the beginning of something new and wonderful. And, like many events in life, one’s attitude and awareness of these changes can make the mental and corresponding physical symptoms, tolerable or terrible. That’s not to say that the physical symptoms aren’t real, but rather—how a person reacts to these changes can create a bad to worse cyclical effect. Though it sounds like an oversimplification to say that attitude plays a role in menopause, having our minds “remind” us that these changes are manageable, can actually help. Yes, the symptoms are very real, and finding solutions for those symptoms is more than half the battle—but as living, breathing, female beings, our minds play a role in how much we affect others, and how much we’re affected by, these symptoms.

Getting back to my friend . . . Once she understood that she wasn’t alone, that this wasn’t the real her coming out (she was merely experiencing hormonal fluctuations), she was able to calm down a little. After that, she wrote down the dates for her monthly cycles to pinpoint when her emotions were more likely to top the Richter scale. If she was feeling overly emotional, she often checked her calendar. Just the reassurance of knowing it wasn’t the real her, that there was a valid reason for her changing moods, often gave her some much needed peace of mind. That’s not to say that everything was perfect, or that she never cursed out another elderly person, but an awareness of what was happening (hormonal fluctuations) gave her a tool to help manage the stress. As an additional survival tool, she tried to avoid unnecessary triggers, like elderly drivers.

Stress is a very real trigger with menopausal and perimenopausal women. Some women experience relief through lifestyle changes such as meditation or yoga. If that’s not your thing, and it certainly isn’t mine (my legs won’t cross that way), walking is also a great stress reliever. And, it’s not only free, but it can alleviate some of the mental and physical exhaustion that often accompanies hormonal changes. As work drives up stress levels—basically the body’s desire for fight or flight—a good hour-long walk when the day is done can give you a new outlook, clear your head, and make the way for a good night’s sleep. Remember, mental exhaustion is not the same as physical exhaustion so walking can actually make you feel more energetic.

For greater relief, try to move for an hour a day. If you set your sights on seven days a week and only hit five, that’s better than setting your sights on four days a week and hitting two. Notice it doesn’t read, “Exercise” seven days a week. That word, for people who aren’t used to doing it, is as popular as brussel sprouts—those bitter green things that try to pass themselves off as vegetables. So, instead, try to think of moving briskly one hour a day. If you mop especially fast, or vacuum at lightning-speed, you can also include housework in there. Squat down. Stand up. Move! Move! Move!

You’ll not only help your attitude, but your waistline will thank you, too. Before you know it, menopause will fly by . . . Or, if it doesn’t, at least your floor will look good!

Dr. Mattingly, D.C. has many tools available to help alleviate the pressures of menopause, including nutrition, pressure point therapy and acupuncture.  Click here to set an appointment for a free consultation regarding your symptoms and their solutions.

The True Cause of Sinus Headaches

Why You Should Consider Chiropractic for TMJ Pain

What Is Carpal Tunnel Syndrome?